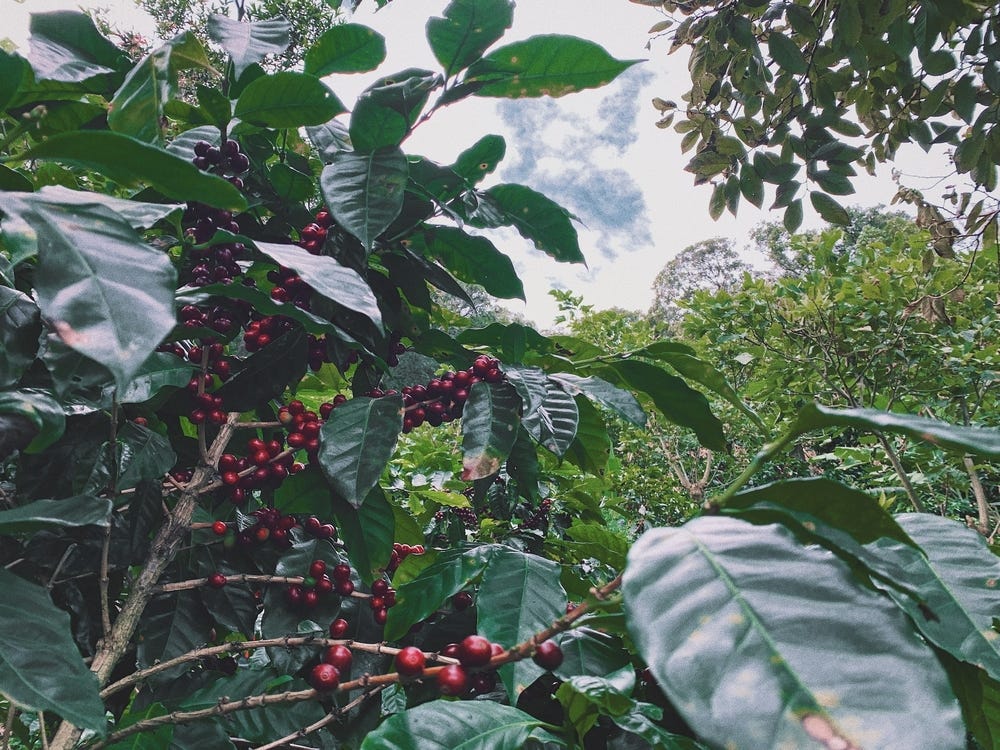 As we look at ways we can champion sustainability in the coffee industry, the topic of gender equity is critical to explore. Encouraging the growth of female presence in coffee producing countries would increase the longevity of our global coffee industry for years to come. This can be done by creating conditions under which womxn are free to maximise their potential in an industry where they have previously felt restricted or oppressed.

As part of this two-part series, I write about the daily reality of a new generation of womxn taking the helm of their own coffee productions through the story of Tatiana Vargas and Leda Navarro, a daughter-mother duo based in the Tobosi region of Cartago in San Jose, Costa Rica. We’ll explore the evolution of gender equity in Latin American, and how deep-seated attitudes and practices have shaped the experience of Taty and Leda as well as the development of coffee farms across the producing world.

Gender inequality in land ownership is largely due to patriarchal beliefs that are upheld at varying levels. According to Deere and Leon, the authors of Empowering Women: Land and Property Rights in Latin America, these beliefs have permeated the family, community, state, and the market.

Through the family, womxn primarily only inherit if they are the only daughter, or if there are no male members left in the family - either through circumstances of birth, or unforeseen death. There is also a gender bias that favours males in governmental land distribution programs and on the market, where women are already less likely to purchase land than men.

The result of these attitudes and policies is that Latin women are far less likely to own land then men. If in the rare cases they had been granted plots of land, it has been either a small portion bequeathed from husbands or fathers, or they would have been registered as part of the family plantation. In which case, the land would go to the head of the household, which is typically a man. Sometimes, even if a womxn could inherit land, she would be expected to renounce, share, pass on or sell it to a male relative.

However, in the last thirty years, there has been a shift in market demand towards coffee produced by womxn in Central America. In the chapter titled ‘Women in Coffee In Colombia’ in Coffee: A Comprehensive Guide To the Bean, The Beverage and The Industry, the author Olga Cuellar calls this concept the Feminisation of Agriculture.

In the 1980s, the pressures of capitalism and demands of the global coffee market transformed social divisions in Central America. Male family members began to migrate to urban centers for employment opportunities, and women stayed behind in rural areas to care for the family. So as the market for coffee continued to grow, womxn were given the opportunity to step into the roles of landowner and farmer. This was a paradigm shift for women at this time, who had traditionally been considered homemakers.

There have also been other tangible efforts to encourage more womxn to take on farming. Womxn producers’ associations have been created in the last couple of decades, and they have been bolstered by organizations that have helped improve their access to financial support. These new associations, with the backing of policy makers, researchers and agricultural development organisations, has given a recent rise to female participation in agriculture across the region.

However, even with these improvements in attitudes and legislation toward womxn in agriculture, female coffee producers are vastly outnumbered by their male counterparts, and face many deeply-ingrained cultural obstacles in managing their own farms. 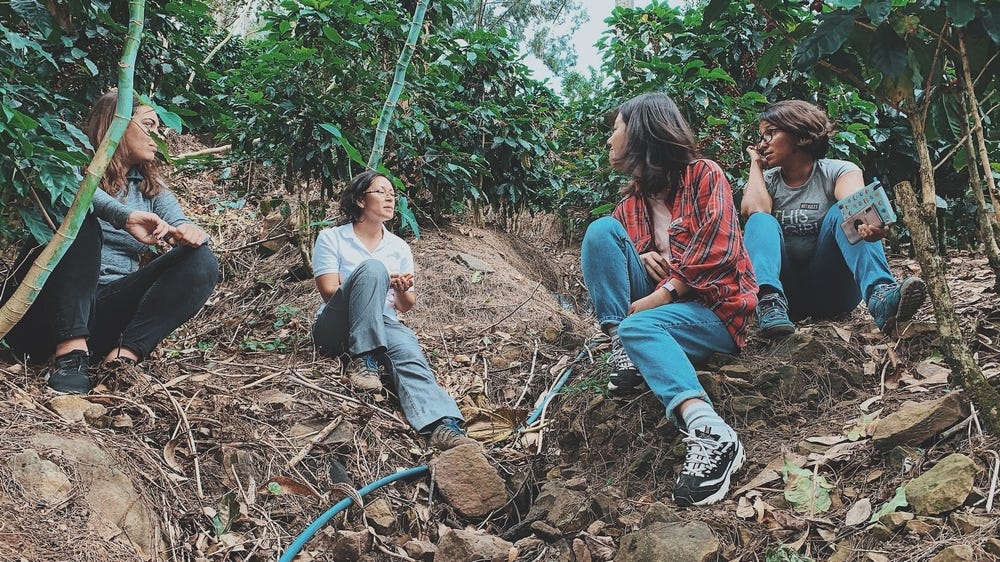 Tatiana Vargas and Leda Navarro are two of a growing number of female producers in Costa Rica battling stereotypes about gender roles in agriculture and coffee. They’re achieving financial and near cultural independence against a backdrop that still primarily grants land rights to male heads of households.

I visited Taty and Leda’s farm and wet mill, Legados (Legacy) in Costa Rica with an organization called Bean Voyage. In visiting coffee farms, Bean Voyage aims to develop financial literacy, emotional resilience and community-building skills with other womxn in the region.

Before Leda and Taty were leading Legados, it was run by Leda’s husband and Taty’s father, Gerardo Vargas. He was an influential and prolific agronomist in the region, often consulted by local cooperatives on farming and crop productivity.

Gerardo shared an active and mutually respectful partnership with his wife, dividing the responsibilities of the farm based on their areas of expertise. Leda has always had a green thumb, so she has focused on horticulture and building up the farm’s presence at local farmers markets. Gerardo’s domain was the coffee production. His passion of agriculture seems to have been passed onto their only child, Tatiana, who graduated from college with a degree in agronomy.

But sadly, Gerardo passed away three years ago after a long battle with cancer. And in the community, there was a lot of speculation about what Leda and Taty would do with the farm after his death. Most assumed they would sell the land. But in speaking with Leda, she became visibly emotional as she recalls the pain and humiliation she experienced during that time, fending away offers for the land that had always been vested with a deeper meaning for herself and her daughter.

“All the communities all said, now they (Taty and Leda) are going to get rid of Gerardo’s farm,” she said, dabbing at her eyes. “‘Because now, these women are not going to do anything. They are going to lose the farm, they said.”

Of deciding to continue with her father’s legacy, Taty says, “I believe that we still have the same values ​​as my grandfather and my dad - loyalty, commitment, discipline, kindness, responsibility. I feel proud of this. I am the first woman leading the farm, with ideas that are a little more innovative. I like to feel that I can develop in the coffee industry, which over the years has always been dominated by men.”

In Part II of this series, I explore Taty and Leda’s story in more detail and how their very presence in the industry is supporting social sustainability, creating a future in coffee for both themselves and the global coffee community.

Apart from her full-time job as Alpro UK's Coffee Specialist, Sierra Wen Xin Yeo has her fingers in several pies. Along with founding The Kore Directive, a womxn's coffee professional network and events company based in London in 2018, she also writes in her spare time for coffee publications, which include or have included Perfect Daily Grind, Caffeine Magazine in London, and Barista Magazine among others. Sierra is also certified as a licensed Q-grader.