What Makes an Excellent Espresso?

A little drink with a big reputation, espresso is a beverage that’s often misunderstood. On the surface, it’s a familiar entity in culture – the shot of golden brown liquid served in a dainty cup has long signified a sense of sophistication in movies and books.

But what’s inside the cup is more challenging to grasp. Espresso can be overly bitter or sharp, and it takes an acquired palate to discern the positive notes of a well-pulled shot. Which is why it’s often hidden beneath a layer of milk or a couple of sugar cubes.

What is An Espresso?

The Specialty Coffee Association defines an espresso as a 25-35 ml beverage prepared from 7-9 grams of coffee through which clean water of 195-205 degrees Fahrenheit, or 92-95 degrees Celsius (same temperature as preparing coffee), has been forced at 9-10 atmospheres of pressure, and where the grind of the coffee is such that the brew time is 20-30 seconds.

That’s a mouthful, so let’s break it down further: a shot of espresso yields a relatively small amount of liquid – roughly one ounce. In general, less yield provides less extraction, but higher strength. So a shot of espresso really packs a punch. And the amount of pressure provided by the espresso machine adds to the strong taste of the drink as well.

Additionally, the window of time to correctly pull a shot of espresso is relatively small compared to brewing coffee. Because of this, espresso calls for a fine grind size, which increases the surface area of the grind, so the flavors can be extracted from the beans. A shot will be underextracted if pulled too early, and its flavors won’t be fully developed. An overextracted shot runs too long and has a bitter finish.

What Makes an Espresso Excellent?

Bitterness: too much of it can be overpowering, but the right amount of bitterness can add depth and complexity to espressoSo what are we looking for in a delicious espresso? An espresso should have a balance of three elements:

Balancing these three flavors can be quite challenging, and it takes a lot of trial and error to arrive at the correct combination of variables, such as brew ratio, time and temperature, to achieve a tasty espresso.

A visual cue to indicate a well-made espresso – while brewing, the flow of espresso will appear to have the viscosity of warm honey and the resulting beverage will exhibit a thick, dark, golden crema. A proper espresso is almost as beautiful as it is delicious.

For Nisan Agca, 2016 and 2017 Barista Champion of Turkey and Urnex Ambassador, the approach to preparing an espresso varies depending on the ingredients or process. For example, he chooses his grinder based on his roast level: a regular grinder for a medium roast, and a Mahlkonig EK43 for a light roast. 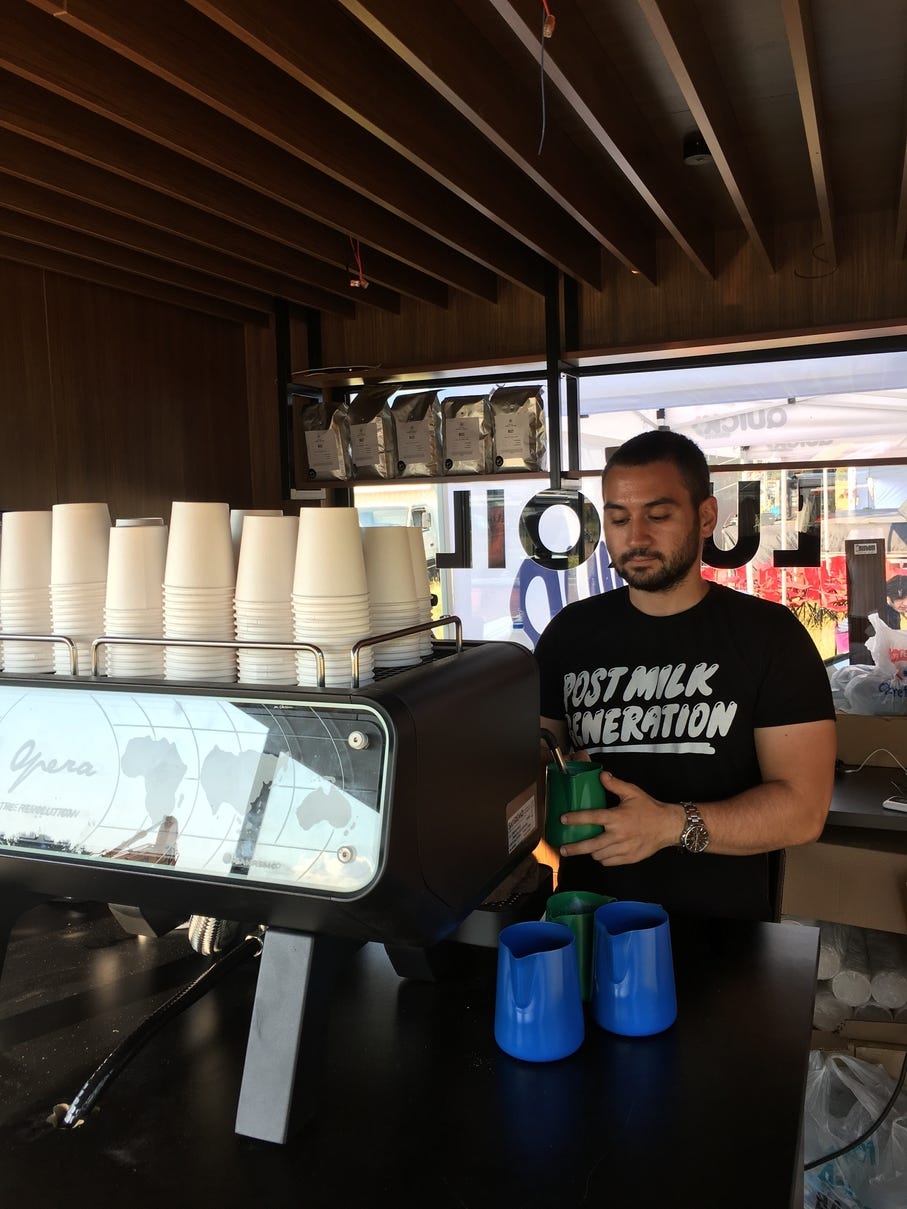 Nisan also adjusts his recipe depending on if he is preparing a straight espresso or a milk-based beverage that uses espresso as a base. For a straight espresso, he uses a standard starting point of 1:2, the ratio of dry coffee (the dose) to coffee extracted (the yield). But for a "milky", he tends to pull a more concentrated shot.

Nisan said he enjoys beans from Central America or Ethiopia recently for his espressos.

“I like to have a fruity and sweet espresso,” Nisan said. “I enjoy a good bitterness but it shouldn't be dark cacao finish.”

The Four (or Five) M’s of Espresso 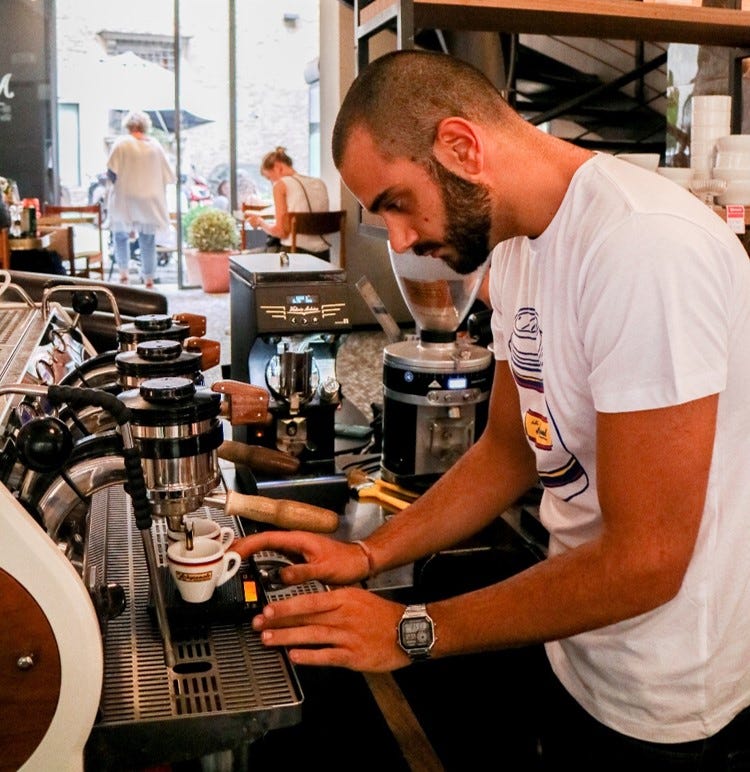 Italy is said to be the birthplace of the espresso, with the first espresso machines made in Milan in the early 1900s. The Italians also gave us the four M’s of espresso, which represent the elements of espresso: miscela, the blend of coffee; macinazione, the grinder; macchina, the machine; and mano, the skill of the barista.

A fifth and lesser-known ‘M’ of espresso making is manutenzione, machine maintenance. Francesco Masciullo, 2017 Italian Barista Champion and Urnex Ambassador, said that keeping the equipment clean is imperative to making a good espresso.

“The first product that for sure we need is Cafiza, because you can’t make delicious espresso or cappuccino with a dirty machine,” Francesco said. “Even if I’m Italian, most of the baristas in Italy don’t think like this unfortunately. Well, not me! Cleaning the machine is the beginning for me – then comes the time to experiment with extraction.”

Cafiza is an espresso machine cleaner made by Urnex that is specifically formulated for the daily backflushing regimen. It also effectively eliminates coffee residue and oil from espresso machine group heads, valves and lines.

The next time you pull a shot of espresso, remember to keep these tips mind: use a scale to measure your recipe, use a timer when pulling your shot, and clean your espresso machine. Your espresso is sure to be excellent.