The Case for Cascara 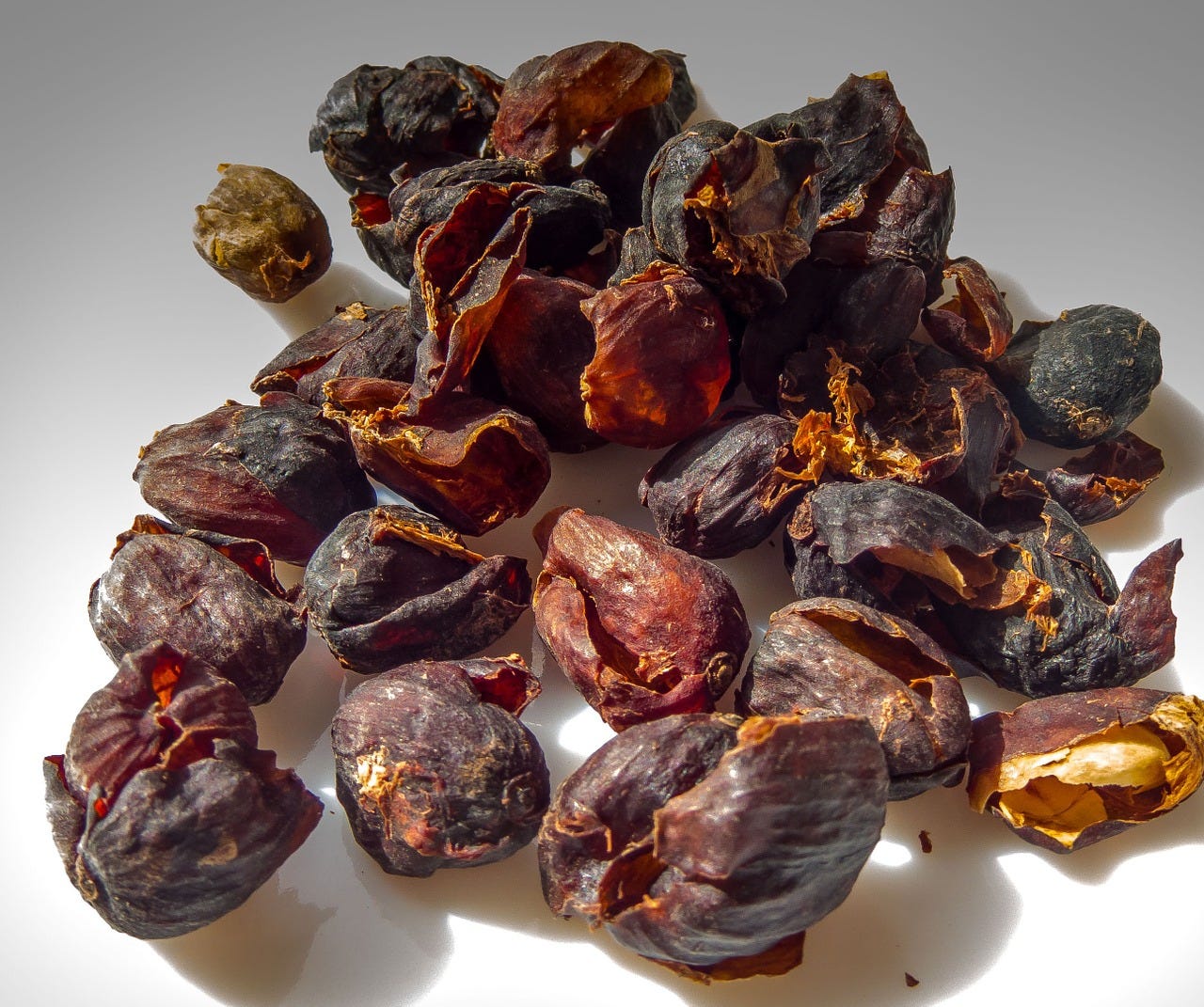 Hundreds of years ago, the Indigenous Peoples of the American Great Plains were masters of resourcefulness. If a group of hunters managed to take down a bison, or a whole herd, they would meticulously use every part of the animal to sustain themselves: the meat of the animal could feed a small tribe for weeks. Its fat was used in cooking and for body lotion. The hides were skinned and tanned to make clothing and blankets. Hooves were used to make tools like bowls or scoops.

These Native Americans, and many other groups of Indigenous Peoples, epitomized the saying “waste not, want not.” They had no choice - they did it to survive.

The modern coffee industry can learn something from these groups. Our industry is confronting its own survival as the warming of the Earth threatens farmers’ ability to grow coffee and as the price of green coffee remains at historic lows, creating unsustainable environmental and financial conditions for producers and consumers.

The coffee community presumes to be a champion of sustainability. Then why aren’t we using every part of the coffee cherry as an agricultural and economic asset? 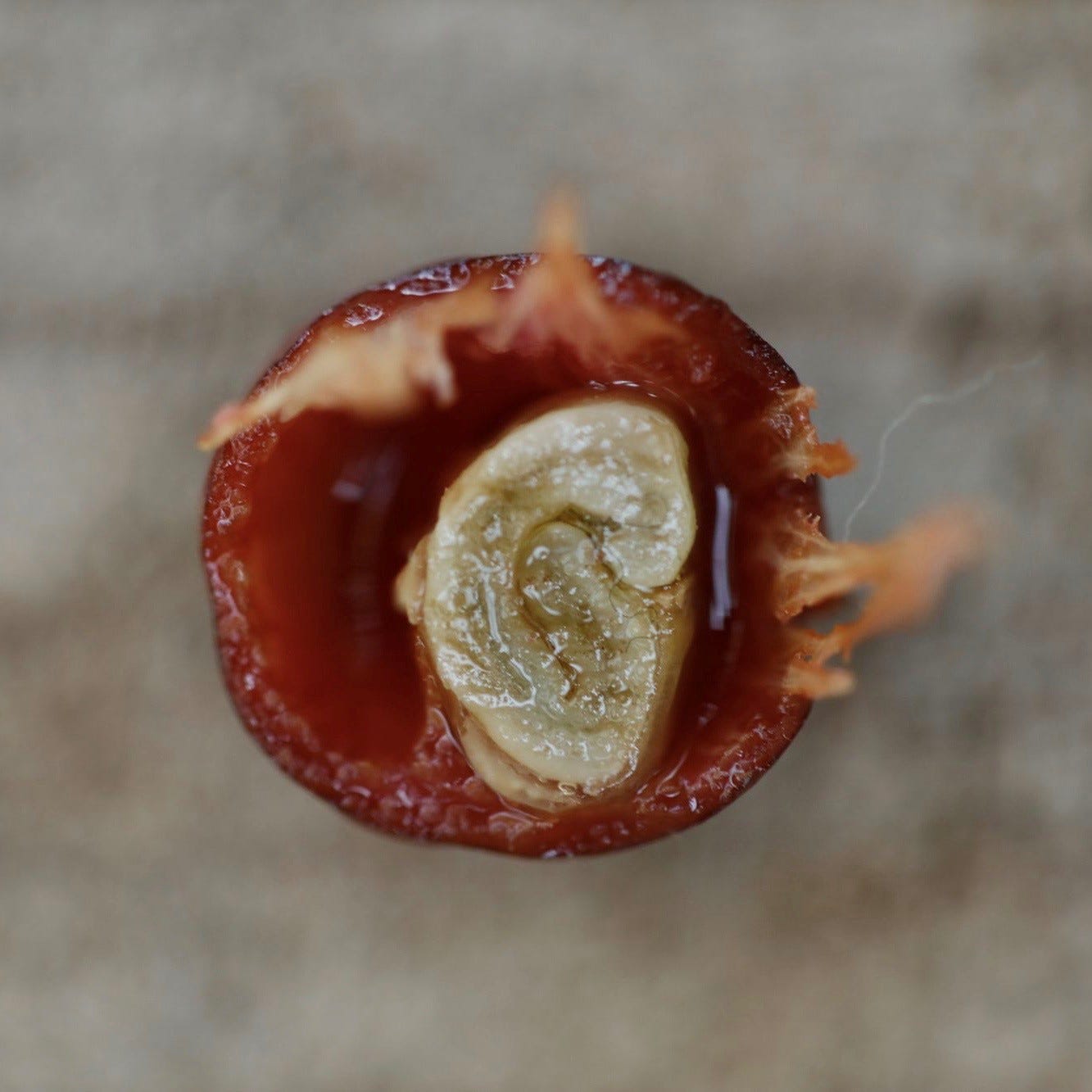 What we refer to as coffee ‘beans’ are the seeds of the coffee fruit, or cherry. The coffee fruit is known as cascara, which translates to “husk” or “shell” from Spanish. It is believed that cascara was consumed in Yemen long before people roasted and brewed coffee beans, and it is commonly drunk in Bolivia where it is served with ginger and cinnamon in a drink known as sultana.

While a small number of countries have tapped into cascara’s potential, most of coffee’s fruit is wasted. After the seeds are removed from the fruit in the pulping process, cascara can be used by infusing it with hot water like tea. Or it can be used as a fertilizer on a coffee farm or in compost.

But most coffee fruit ends up in landfills. The global coffee industry generates 46 billion pounds of coffee cherry waste every year, which emits the equivalent of 16.6 million metric tons of greenhouse gases. After the coffee cherries are decomposed and fermented, it releases methane, a greenhouse gas that is 25 times more effective at trapping heat than carbon dioxide.

These wasted coffee cherries also have implications for our water – the ocean absorbs about 30% of the carbon dioxide released into the air, which leads to a process called ocean acidification. This process has dire implications for all kinds of aquatic life, as well as the people who depend on ocean species for their food and their livelihoods.

Right now, coffee fruit is treated like a harmful yet unavoidable byproduct of coffee production. But it can be so much more: it can be transformed into a unique, delicious drink and a top seller for coffee producers and retailers alike.

The Production of Cascara

Drop Coffee in Sweden is one of a handful of specialty roasters that lists cascara as a featured menu item. Drop sources its cascara from Finca Las Roudriguez in Bolivia, where the coffee is grown organically. The farm produces its cascara by removing the seeds from the coffee cherry and drying the fruit at a mill before sorting them by hand and packing it into grain-pro bags to ship to its customers.

Since Drop started selling cascara at its retail locations a few years ago, its benefits have extended to all parties involved in its production and consumption. Joanna Alm, Drop’s Managing Director and a three-time World Coffee Roasting Championship Finalist, said that cascara is an appealing gateway for customers to learn more about how coffee is grown, and a way for them to taste the coffee cherry itself. She finds that their cascara is most often ordered as a refreshing and (albeit slightly less) caffeinated alternative to coffee, typically during afternoons and weekends.

But more than just a novel menu item, cascara provides additional revenue streams for the roaster and the farmer.

“We love the idea of buying more products from the coffee producers,” Joanna said. “Cascara takes a lot of work, but it also generates income as we can sell it as an extra product.”

Unlike with the financial arrangements in exchanging green coffee, the income generated from cascara is arguably more impactful for producers than roasters and retailers. Aida Batlle, the award-winning coffee producer in El Salvador, introduced cascara to the third-wave coffee movement over a decade ago after serendipitously discovering its potential in a cupping room. In 2018, Batlle said she was charging $7 per pound for her cascara at a time when the commodity price of green coffee beans was just $1.20 per pound.

How to Use Cascara 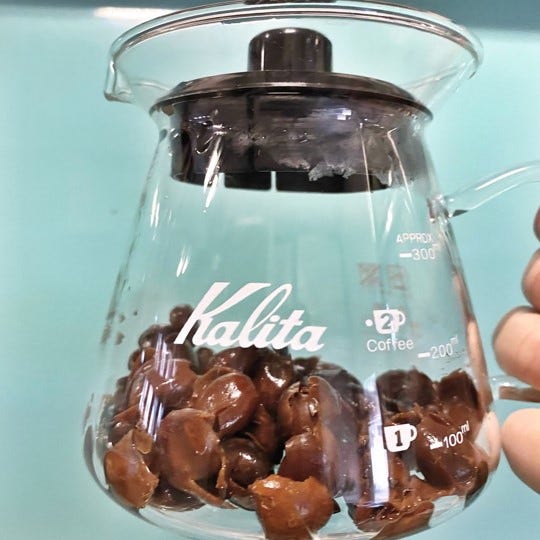 While cascara is processed from the fruit of a coffee cherry, its taste resembles more of an herbal tea than it does coffee. The taste of a cascara depends on the variety of coffee, where it’s grown and how it’s processed. Generally, its flavor is naturally slightly sweet and can have notes of hibiscus, rose or tart cherry.

At Drop, the baristas typically brew cascara as an infusion. They simply pour hot water over the dried cherry skins at a ratio of 24 grams of cascara to one liter of water, let it steep for 6-8 minutes, strain and serve. This process even makes a great drink after 10 minutes of steeping, with Drop’s Bolivian cascara developing more intense cherry flavors and raisin-like sweetness.

One of Joanna’s favorite ways to serve cascara at Drop is as a Cascara Tonic. She creates a strong infusion of cascara to steep overnight, and combines it with citrus juice, thyme or black currant and tonic water to serve over ice.

One notable former Drop barista has used his platform to promote cascara in highlighting its environmental advantages. Two-time Swedish Barista Champion and Urnex Ambassador Matt Winton used the fruit and skins of the coffee cherry to create a cascara jelly in his performance at the 2019 World Barista Championship as part of his “zero waste signature beverage”.

Prior to the competition, Matt visited a farm called Finca Nelson in the Huila region of Colombia to work with Nelson himself and to help process the farm’s Pink Bourbon coffee. Matt was shocked at the amount of waste produced by the depulped coffee cherries at the farm. So instead of letting it rot in a landfill, Matt squeezed and pressed the cherries and boiled its juice along with a cane sugar extract. The result was a unique and delicious jelly, which he said tasted like caramelized pear when added to his espresso in the barista competition. 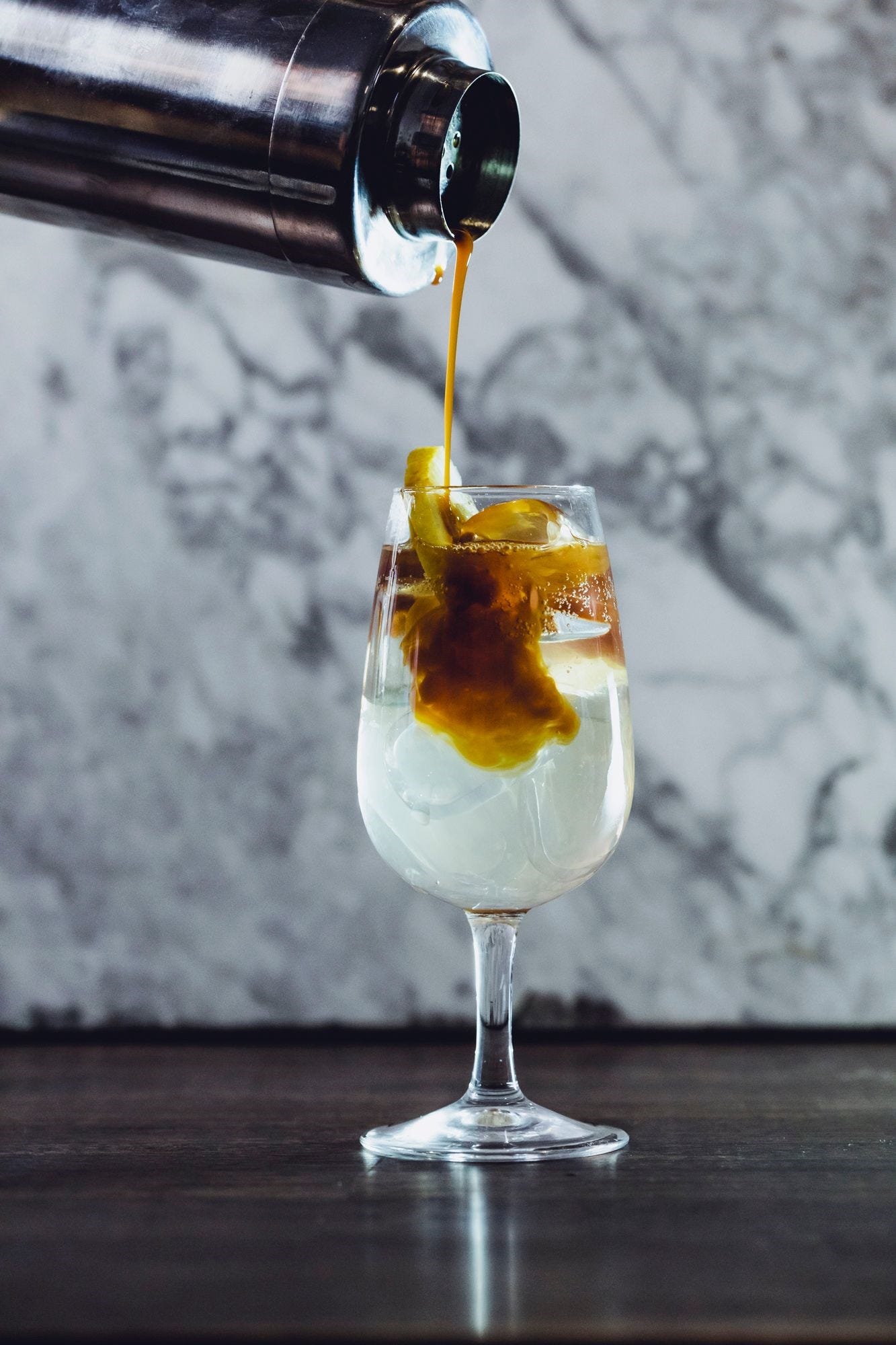 Some notable coffee companies in the United States have been catching up to the cascara movement as well. Specialty coffee roasters like Onyx Coffee Lab, Madcap and Verve sell retail bags of dried cascara for folks to brew or steep at home. Companies have developed cascara syrups to create new signature beverages, like Starbucks’ Cascara Latte, with a cascara syrup topping the milk foam, and Blue Bottle’s Cascara Fizz, combining their syrup with sparkling water and lemon. And companies like Slingshot and Lazy Bear Tea have bottled their own cascara tea that sells at retail locations across the country.

New York City’s Devocion has taken their devotion to cascara to an entirely new level. Last year, the company opened a new location called Devocion Cascara + Coffee Bar in Manhattan, where the coffee cherries will be cold-pressed into a concentrate that’s turned into a sparkling drink. It is served on tap with flavors like lime and ginger lemon, and even as ice cream, or affogato.

Besides using cascara as a drink accessory, it can be transformed into a main ingredient in food. The Coffee Cherry Co (formerly known as CoffeeFlour) is a certified B Corporation whose mission is to upcycle wasted coffee cherries into a multi-functional, nutritious product. The company converts millions of pounds of coffee cherries per year into a gluten-free coffee flour, which can be used to make tortillas, breads, cookies, ketchup and cake.

These examples of interesting coffee fruit experiments might seem like a series of novelty items. But the common thread of repurposing a previously wasted resource to create new, innovative and exciting products is certainly not a fad. In the face of our difficult environmental and financial challenges, we should welcome this type of ingenuity and creative problem-solving in all facets of our community.

We can’t afford not to use all the resources at our disposal to sustain our industry. Especially the ones that literally grow on trees.