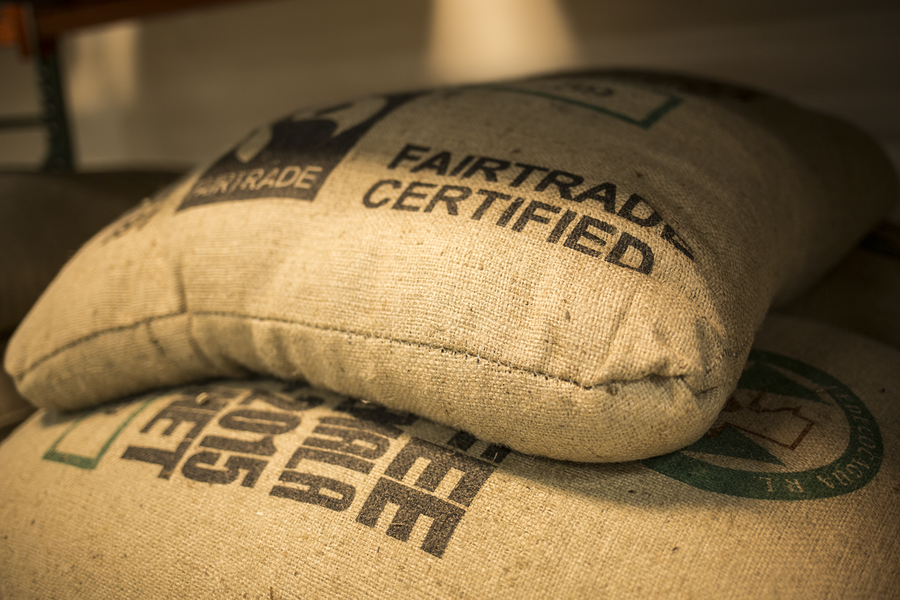 The global coffee price crisis that began in August 2018 (when the global commodity price for washed, unroasted, arabica coffee fell below $1 per pound), combined with the current pandemic, has me thinking more than usual about the role of sustainability-related certifications present in the coffee industry

Personally, I have visited coffee cooperatives where the benefits of certification were plentiful and observable, and I have witnessed other examples where certifications seem to make little positive impact at all.  But I see both sides through the lens of coffees political and economic history. If we step back and consider the history of certifications, what they were created to do, and why they began in the first place, we can better understand reasons why certifications have the potential to offer sustainable solutions for coffee farmers, especially during times of crisis.

The Rise of Third-party Certifications

Third-party certifications are market-based solutions, often led by nongovernmental organizations. Certifiers create independent standards that evaluate various environmental, social, or economics practices involved in the trade or production of a commodity. Often this involves an audit or assessment of the performances implemented by the people involved in production, as well as the commodity itself and some parts of its supply chain.

When it comes to a complex cash crop such as coffee, the intended benefits of certifications include accountability for both producers and consumers of coffee, with the goal of greater transparency. Certifications can incentivize sustainable practices that may focus on environmental benchmarks or social values. And, as consistent with its original goals, certifications usually offer price premiums that can guard against market volatility, limited state oversight, or a global calamity.

After the collapse of the International Coffee Agreement in 1989, a growing number of labelling initiatives were created. This option arose as a result of the liberalized or deregulated coffee markets in the late 1980s and 1990s.

Between 1988 and 1997, more than a dozen labelling initiatives emerged – all focused on certifying agricultural products; often the first certified product was coffee. (The first Fairtrade label was Max Havelaar in the Netherlands, launched in 1988.) All the original initiatives were fair trade certifications; some remain part of today’s Fairtrade Labeling Organization (FLO), known as Fairtrade International. However, with the exception of Max Havelaar, none of these certification organizations in the late twentieth-century included producers on their leadership boards or included voting rights for producers. But this is starting to change; for example, a Ghanaian cashew producer became the first producer on Fairtrade Canada’s board of directors in 2013.  Now in the twenty-first century, as coffee grows in 70 countries globally, newer certifications and networks center on producer voices and broader social inclusion. 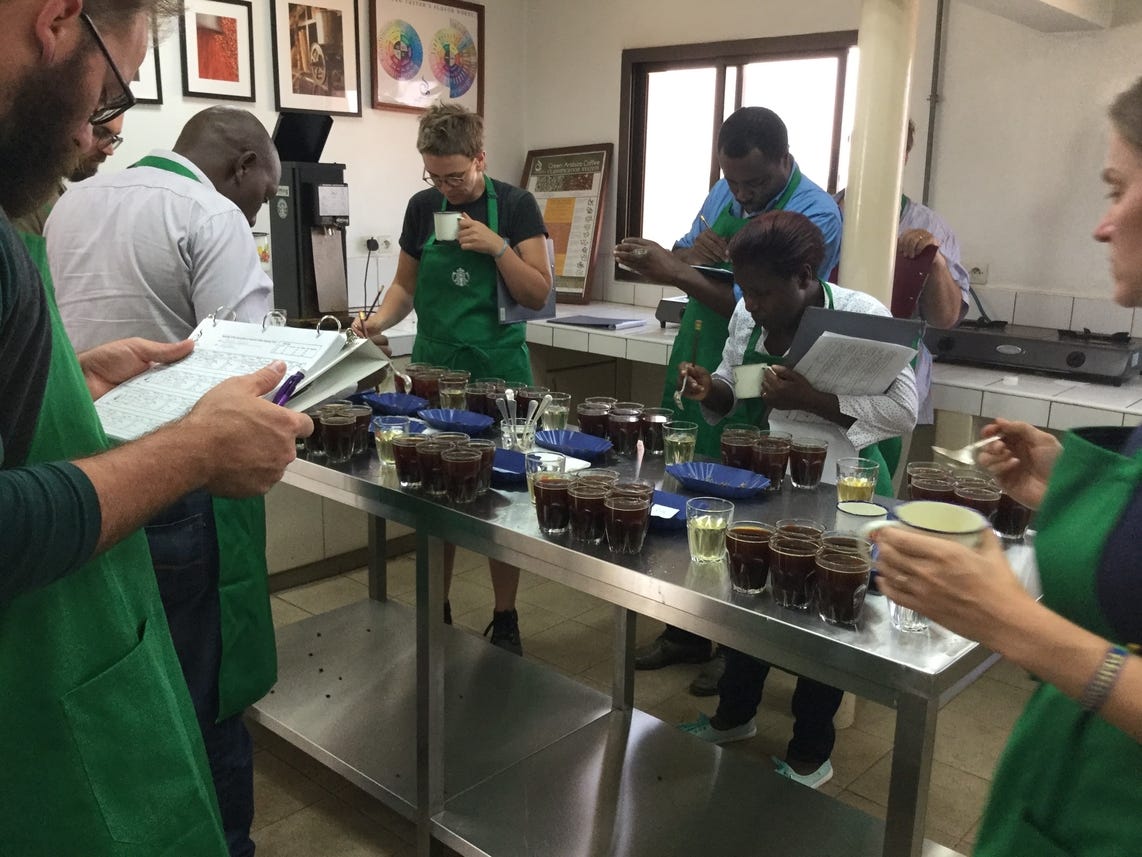 Let’s consider several common certifications that relate to sustainability—from those that certify coffee beans to roasteries, from buildings to the foresting industry, including packaging.  Various certifications play different roles for diverse members of the global coffee supply chain.

The B Corporation certification values transparency and accountability for businesses. With an equal focus on people and our planet, this certification sets a gold standard by measuring a business’s entire social and environmental performance on four key measurements: workers, community, environment, and customers.

The Fair Trade minimum price, both for Fairtrade International and Fair Trade USA – two separate organizations with similar missions – is the minimum price required to be paid to producers for a wide range of agricultural products (from Acai to Zucchini), including apparel, furniture and fisheries. A Premium price – in addition to this minimum price – is also paid to producers, and allocated by them for investment in local businesses, community benefits, and/or socio-economic community development. Though Fair Trade products are not required to be organic, some products, such as coffee, include an organic differential, which provides additional profit to farmers. For both arabica and robusta coffee, the organic differential is currently 30 cents per pound. Fair Trade prices for coffee were last set in 2011; since August 2017, the Fair Trade price has exceeded the commodity price of coffee. Approximately three percent of the world’s coffee farmers are part of Fair Trade, and on average certified farmers can only sell around 35 percent of their beans on fair trade markets.

With 25 years of experience in sustainable forest management, the Forest Stewardship Council (FSC) uses its expertise “to promote the responsible management of the world’s forests, bringing together experts from the environmental, economic and social spheres.” Created in response to the failure of the 1992 Earth Summit to produce a deforestation agreement, the FSC formed when a group of businesses, environmentalists and community leaders created a voluntary, market-based approach intended to improve forestry practices globally. The FSC Forest Management Certification verifies that forest biological diversity is preserved and that the economic viability of local people and workers is sustained. In the coffee industry, the FSC certification mark is commonly seen on packaging and corrugate.

Beginning in the USA in 1993, LEED is now the most widely used green building rating system in the world, with its LEED third-party certification as a globally recognized symbol of sustainability achievement and leadership. It provides a roadmap for developing sustainable buildings through the its focus on economic, health, and environment benefits to those who work in the building and its surrounding community.  Economic savings exist because LEED buildings use less water, less energy, and implement better practices for maintenance and waste. Health benefits include improved indoor air quality, more access to light, and less exposure to pollution. Environment benefits are significant through reduced carbon emissions and reduced energy use.

According to the Food and Agricultural Organization (FAO), “an organic label indicates to the consumer that a product was produced using certain production methods. In other words, organic is a process claim rather than a product claim.” What distinguishes organic production from other agricultural practices is that it means all synthetic inputs are prohibited, natural inputs are approved, and soil-building crop rotations are mandated. The FAO also clarifies that “while many farmers in the developing world do not use synthetic inputs, this alone is not sufficient to classify their operations as organic.”  The certification itself has a variety of legal and financial requirements, which differ from country to country. For example, in the United States, only the US Department of Agriculture audits and approves which farms and products may use the seal of certification.

Rainforest Alliance (RA) certification may be best identified by its green frog seal, which designates “that a farm, forest, or tourism enterprise has been audited to meet standards that require environmental, social, and economic sustainability.” When applied to the coffee sector, if a coffee displays the RA seal on its bag, this means that the coffee farm met the criteria of the ‘Rainforest Alliance Sustainable Agricultural Standard,’ which encompasses all three pillars of sustainability (environmental, social, economic). In 2018, RA merged with UTZ, a leading European certifier for coffee, tea, cocoa and hazelnuts, whereby together both organizations intend to scale their resources to address climate change, social inequity, rural poverty, and biodiversity loss.

SPP is the acronym of its Spanish name, Simbolo de Pequeños Productores, which is a movement led by producers, focused on sustainable solutions for farmers and their communities. While not a certifier, SPP acts in similar kinds of ways to unite producers and make lives better. Now 10 years after its global launch, SPP Global set a minimum price for organic coffee at $200 USD/100 lb. including an additional SSP incentive of $20 USD/100 lb., $220 USD/100 lb.

Several corporations have created their own voluntary sustainability standards. Among these in the coffee sector are two of the world’s largest roasters:  Nestle and Starbucks.

Nestlé’s Nespresso follows its private AAA guidelines for some of its green coffee under its 2003 program, launched with Rainforest Alliance. Among many offerings, this program includes technical assistance, inclusion in co-financed projects such as retirement savings plans, and agroforestry. With a network of more than 450 agronomists, the program enriches more than 75,000 producers in 12 countries.

Starbucks sources 99% of its green coffee volume coffee according to its “C.A.F.E. Practices,” the formalized company sustainability standard.  So that smallholder farmers can meet the standards, Starbucks facilitates loans, donates coffee seedlings, and promotes reforestation activities. Part of the C.A.F.E. Practices activities are possible because of the Starbucks Training Centres, located in origin countries including Rwanda, Costa Rica, and China.

While certifications offer a variety of benefits to producers and their communities and also drive awareness to consumers of the ecological and social-economic impact of their actions, increased labelling can also present challenges for producers.

Certifications carry fees, and some producers may not be able to afford the annual qualification fees for audits, which may take years for them to pass and obtain the label. Some producers also face exceptional challenges finding a market for their product, especially those in remote rural areas with weak infrastructure. Other producers may be credit-constrained, and therefore unable to cover higher costs of production that are required to maintain rigorous environment and social standards.

According to the most recent Coffee Barometer (2018), “the total investment in sustainability efforts” had an “estimated annual budget of $350 million.” The authors estimated that at least 50% of this $350 million is “generated through premiums for certified coffee” (page 16).

Given these investments and results, the movement of “Conscious Consumerism” is one step in the right direction toward social justice. Especially in the wake of climate disasters, agricultural pests, and a global pandemic, consumer choices can make a collective difference. A label can help consumers use their dollars in ways that align with one’s values, whether that centers on forest conservation or gender equity. And while challenges remain to market-driven, top-down approaches, certifications have raised awareness about the difficulties for those who produce our food and clothes. When consumers choose to purchase a certified product, they can make a positive contribution to the farmers, factory workers, and fishermen who deserve a living wage and a sustainable future.

Born and raised in Los Angeles, Erika Koss now lives in Nairobi, Kenya, where she is a Research Associate at the University of Nairobi. In 2018, she launched “A World in Your Cup” out of Halifax, Nova Scotia, where she is also a PhD candidate in International Development Studies at Saint Mary’s University. Erika’s research centers on gender equity, sustainability, and resilience in the global coffee trade, particularly in East Africa. A former barista and Re:Co fellow, Erika is also a SCA-certified AST for Introduction to Coffee and the Sustainability Coffee Skills programs. Other career highlights include working at the National Endowment for the Arts in Washington, DC; the National Steinbeck Center in Salinas, California; and as an assistant dean at Northeastern University. She has taught literature, writing, and politics at several universities. She holds a B.S. from The Master’s College; an M.A. in English literature from San Diego State University; and an M.A. in Political Science from Northeastern University. She is a regular contributor to several coffee magazines and is working on her first book. Read more on her website www.AWorldinYourCup, or follow her on Instagram @aworldinyourcup.
Related Articles